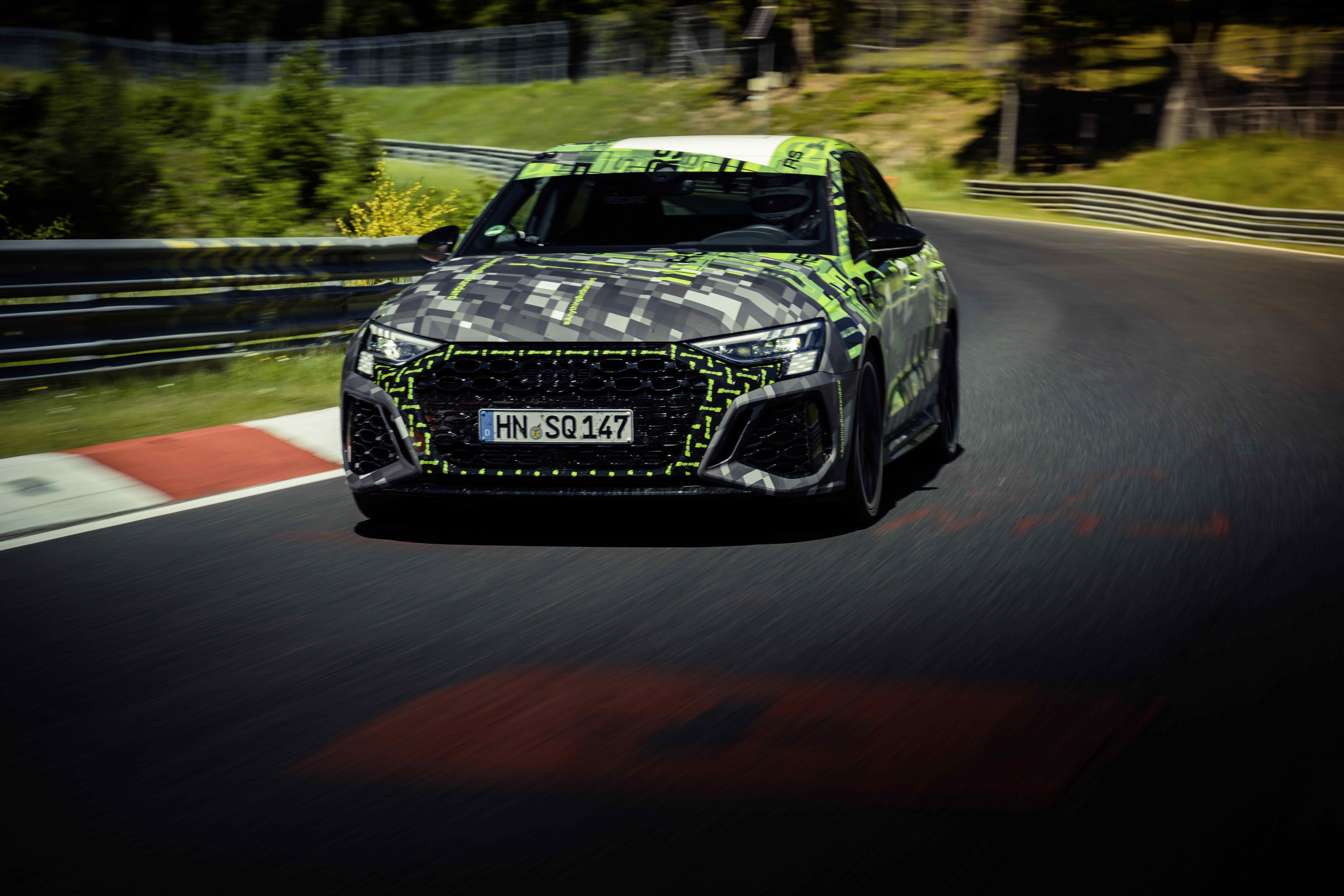 Renowned as a prominent Audi icon and true engineering feat, the five-cylinder engine celebrates nearly five decades of performance innovation, motorsport victories, and industry accolades. Since 2010, the 2.5-liter five-cylinder engine has been voted as the “International Engine of the Year” nine times in a row (2010-2019). The legendary story of the original five-cylinder engine began in 1976, as the primary power source for the Audi 100 – developed to revolutionize engine efficiency, reliability, and competitive advantage. Not only does the engine provide outstanding performance that can be seen by our customers, but one of its most vital attributes can also be heard – the unique, unmistakable sound of the five-cylinder engine provides a symphony of emotion as a result of the odd number of cylinders, and the special firing order of 1-2-4-5-3.

And today, the updated five cylinder engine presents yet another monumental achievement and accolade – the all-new Audi RS 3 sedan has set a new lap record of just 7:40 minutes on the Nordschleife – a new top speed record for the compact segment, which also matches the same record once held by the original Bugatti Veyron 16.4. The new lap record is based on the power of the legendary five cylinder high performance engine powering the all-new RS 3 on the “Green Hell” racetrack, where all Audi Sport models endure no less than 3,000 miles of durability testing. Additionally, the all-new RS 3 contributes its new record achievement to an Audi series model first – the torque splitter. The torque splitter uses variable torque distribution on the rear axle, which results in optimal stability and maximum agility, especially when cornering at high speeds. The all-new Audi RS 3 is expected to arrive early next year.