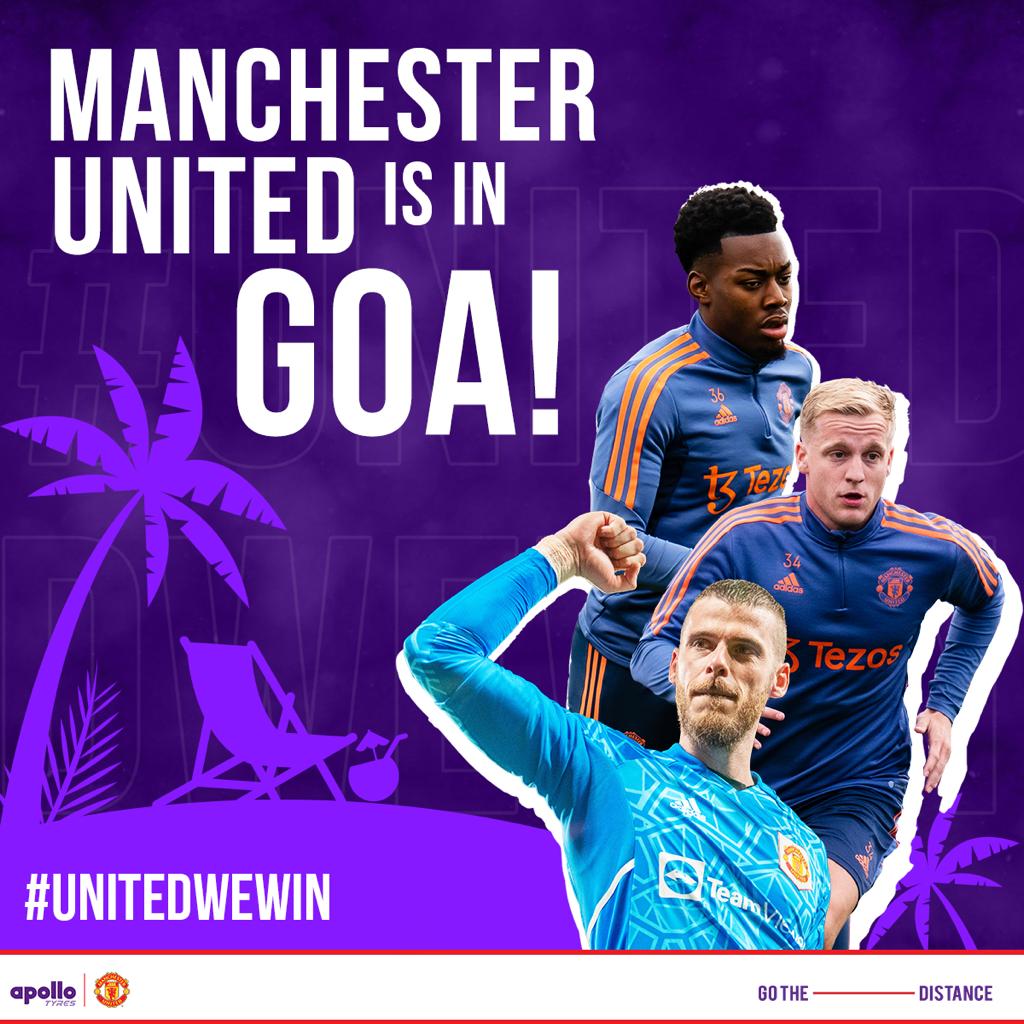 Leading tyre maker Apollo Tyres has announced that Manchester United’s
first team stars,
David De Gea, Anthony Elanga and Donny van de Beek are all set to visit India
to celebrate the launch of the third edition of its flagship grassroots football initiative United We
Play.
The three Manchester United first team players will be seen in Goa on December 1 to officially
launch and kickstart activities for the third season of the popular United We Play programme.
This will also mark the maiden visit to India for any footballer from the current Manchester
United first team squad.
Supported by Manchester United, United We Play is a pan-India initiative by Apollo Tyres to
support young footballers in India by giving them a platform to showcase their skills with the
objective of motivating aspiring footballers to continue playing, by engaging with them, and
introducing them to global training methods.
The second season of United We Play concluded earlier this year, wherein more than 5000
budding footballers from across the country took part. In the grand finale in Chennai, four
shortlisted players were chosen for once in a lifetime opportunity to visit Old Trafford to
participate in exciting activities like a matchday experience and training session with
Manchester United Soccer School coaches. Winners also get the chance to pick the brains of
some of United’s greatest players during a meet and greet with Club legends.
The third edition of United We Play promises to be even bigger, as Apollo Tyres and Manchester
United look to increase the participation and expand the footprint of the programme even
further.