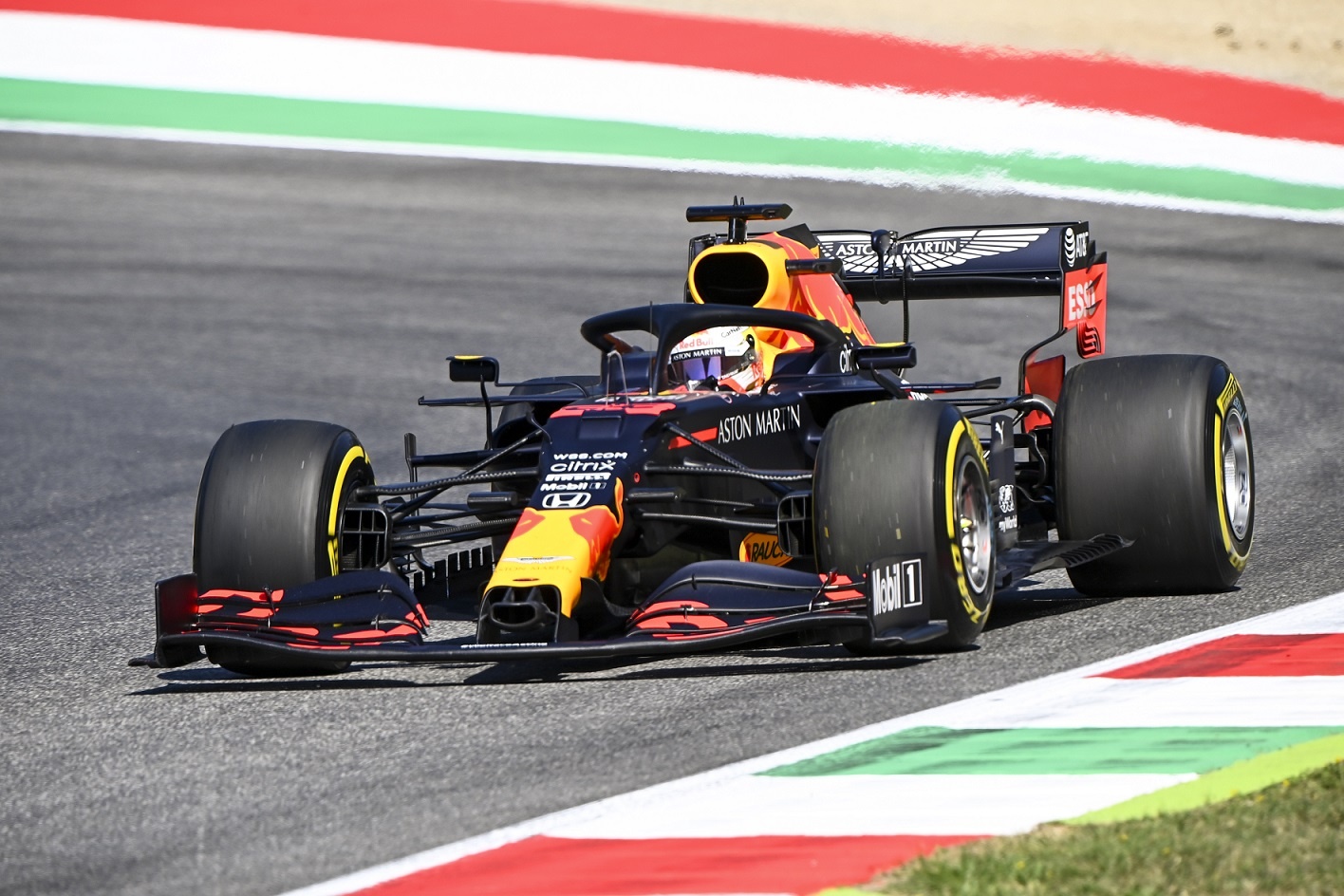 Alex Albon took a well-deserved first podium in Formula 1 with a strong drive in an incident-packed Tuscan Grand Prix at Mugello. The race was interrupted by two red flags and featured three standing starts in total, but Albon kept his composure to finish third and secure the best result for a Thai driver in F1 history.

Although Max Verstappen had an excellent launch off the grid, he immediately experienced a PU problem that dropped him down the pack. Honda is now working to identify the exact cause of this issue to ensure it does not happen again. With Verstappen right in the midfield, he was then caught in an incident that accounted for two Honda-powered drivers. Kimi Raikkonen got a bit out of shape out of Turn 1 which played a part in Pierre getting squeezed between the Alfa Romeo and the Haas of Romain Grosjean, with all three colliding. Verstappen was also then collected by the cars as they slid off into the gravel, taking both Max and Pierre out of the race.

The Safety Car was required to clear the cars and when the race restarted on lap seven, there was a scary start line crash near the back of the pack that fortunately Albon and Daniil were both clear of, with Albon running fourth and Daniil Kyvat tenth at the time. The crash caused the first red flag of the day, so all drivers could change tyres and Albon switched to another set of softs – having started on that compound – and Kyvat joined him after doing the first part of the race on mediums.

When the race restarted with a standing start on lap 10, Albon dropped back to seventh place but then delivered an excellent recovery to quickly climb back to fifth, while Kyvat also moved forward. Scuderia AlphaTauri called Kyvat in for his second stop on lap 29 to switch to another set of mediums, with Albon following suit on lap 32. The race calmed down for a spell as Albon closed in on Daniel Ricciardo and Lance Stroll ahead of him, chasing his first podium. With just two seconds covering all three, Stroll crashed heavily to bring out another red flag and set up a 13-lap sprint race to the finish. All drivers switched to soft tyres at this point, with Albon restarting the final part of the race in fourth and Kyvat seventh. With just eight laps to go, Albon pulled a beautiful move around the outside of Ricciardo at Turn 1 to take third place and put pressure on Valtteri Bottas ahead before the chequered flag. Kyvat held on to seventh comfortably and ensured both cars that finished the race scored strong points.