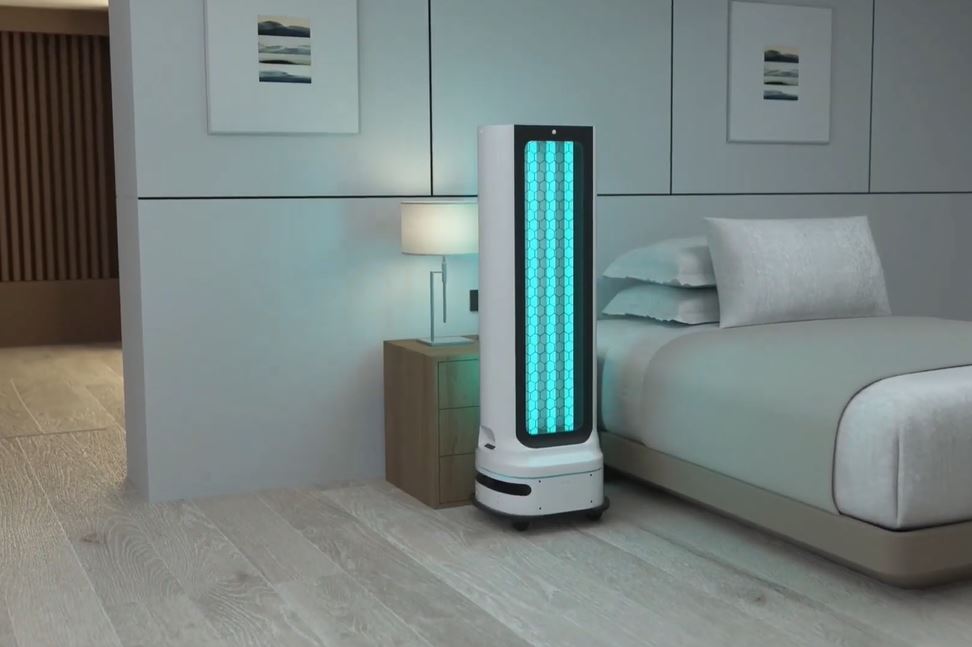 Innovations from advancing technology have continued to support people in almost every aspect of daily life. In the home and beyond, people are interacting with devices in ways like never before. As consumers prioritize hygiene and cleanliness, LG Electronics (LG), has pioneered technology to address the concerns of sanitation for better peace of mind.
By incorporating the company’s UVnano technology, which utilizes ultraviolet light to clean high-touch, high traffic products, consumers can interact with their devices without fear of contamination. This kind of sanitization technology is designed to remove up to 99.99 percent of harmful germs and bacteria in just a few minutes.
LG brings UVnano tech to current and upcoming devices across its portfolio to support a cleaner and safer today and tomorrow.
Hygienic Listening Experience

While cleaning earbuds should be a habitual activity, as it provides a better audio experience and combats bacteria build-up, people often ignore the needed maintenance. LG’s newest TONE Free earbuds bring an intuitive user experience, offering comfortable in-ear fit and noise isolation performance, while address hygiene concerns. Equipped with a UVnano case that kills bacteria while charging, the TONE Free earbuds can freshen up while receiving a boost of energy for the next playlist.
Cleaner Solution for Wearables

Delivering a new level of personal protection, LG’s Wearable Air Purifier uses an intelligent filter system to prevent up to 99.95 percent of harmful airborne matter such as viruses, bacteria and common allergens from entering the respiratory system. A premium companion in combating today’s challenging environment, the device brings optimal usability with a superior sanitation system.
The PuriCare Wearable Air Purifier Case featuring LG’s UVnano technology can eliminate 99.99 percent of harmful germs in just 30 minutes using UV-C LED lights. The case can also remove moisture from internal components caused by the wearer’s breath, charge the device from empty to full in just two hours and even send a notification to a smartphone via the LG ThinQ™ app when filters need replacing.
Clean Air Management at Home

LG’s DUALCOOL air conditioners provide homeowners with an intelligent design to maintain a desired temperature with minimal fluctuation and cost saving capabilities with its Dual Inverter Compressor. Thanks to the compressor, air is expelled farther and faster, which puts greater emphasis on the hygienic functionality of the product. UV LED technology will soon be applied to LG’s DUALCOOL, which keeps the fan inside the indoor unit 99.99% bacteria free with ultraviolet light to ensure that the air passing through is clean too.
Intelligent Refrigeration and Water Dispensing

LG’s new InstaView refrigerators now incorporate UVnano technology to effortlessly and effectively maintain a hygienic and germ-free water dispenser tap. First introduced in 2017 on the company’s most premium water dispenser products, UVnano operates once every hour to remove up to 99.99 percent of bacteria on the refrigerator’s dispenser tap. For additional peace of mind, users can also activate the UVnano feature with the press of a button. The sleek refrigerator sports a larger glass panel for its InstaView Door-in-Door system, while UVnano technology is featured in the built-in water dispenser for enhanced hygiene and voice recognition takes hands-free convenience to a whole new level in the kitchen.
Stepping into the Future with CLOi

As robot-led services become less science fiction and more reality, LG is bringing the next generation of automation to life. Even before the pandemic, LG was already hard at work on its lineup of LG CLOi robots, including the GuideBot, ServeBot, ChefBot, BaristaBot and most recently, UV robot to disinfect and clean. The new LG CLOi robot utilizes ultraviolet C (UV-C) light to clean high-touch, high-traffic areas such as hotel rooms and restaurants. Coming with a family of robots to address different services, these high-tech robots are intended to be deployed in public spaces such as restaurants, hospitals and office buildings to assistant humans without requiring human-to-human interaction.
Ever responsive to the needs of consumers around the world, LG continues to develop products and technologies designed to boost hygiene and protect the public’s well-being.