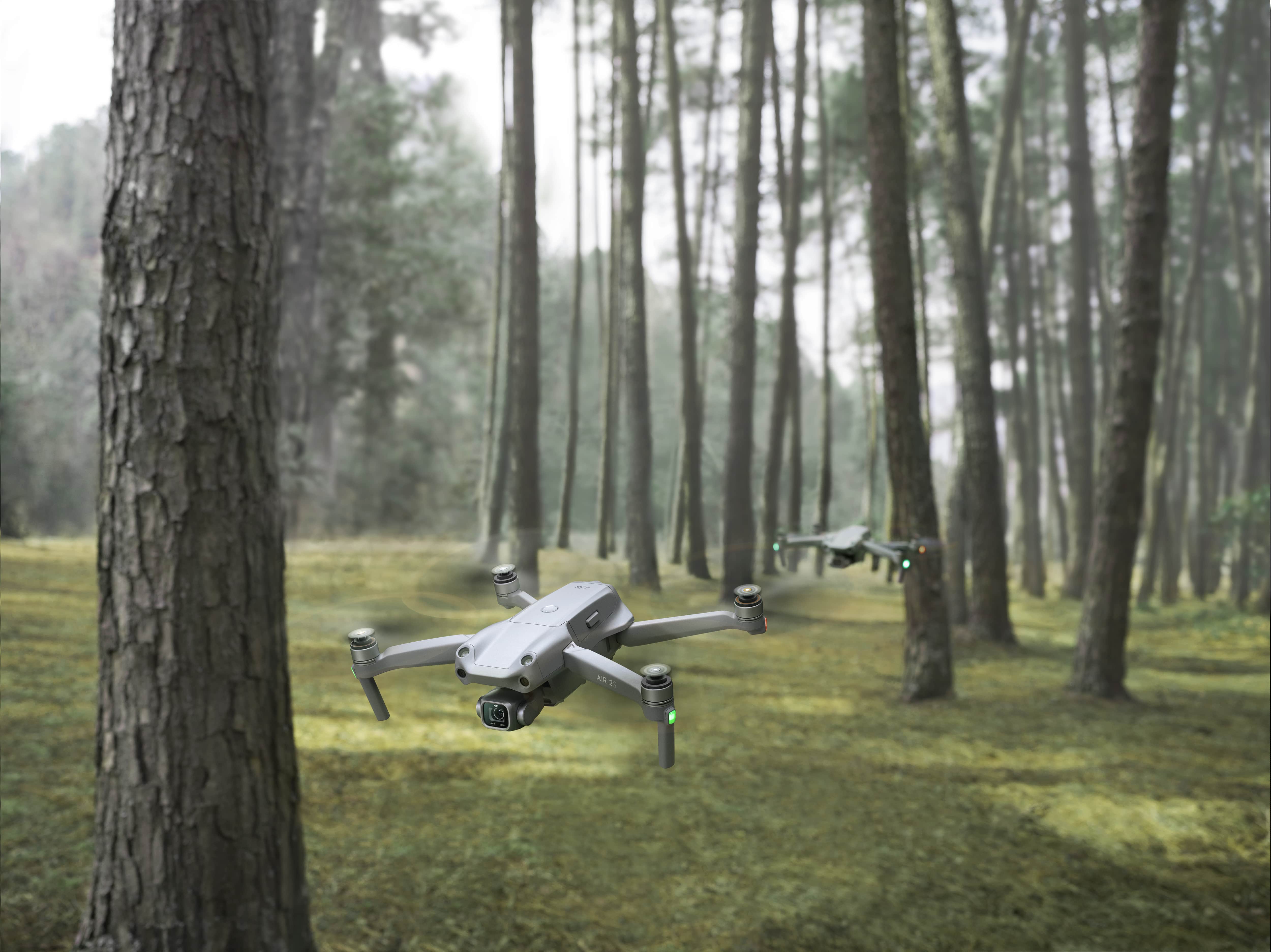 DJI, the global leader in civilian drones and creative camera technology, has set a new benchmark for high-grade flight performance and incredible imagery with the unveiling of the new DJI Air 2S. Following its recent announcement, the groundbreaking drone is now available for purchase in the UAE via DJI’s local distributor, Advanced Media Trading LLC.

“With the launch of DJI’s latest innovation, we’re proud to be bringing advanced UAV technology directly to the hands of content creators, drone enthusiasts and travelers across the UAE. DJI made a great improvement by announcing Mavic Air 2 last year and now, the Air 2S is here to offer even more advanced features, including a full frame sensor, upgraded Artificial Intelligence system and most excitingly, compatibility with Motion Control and FPV Goggles. This is a very affordable, yet powerful entry level drone for content creators seeking to capture cinematic footage with ease,” said Pejman Ghorbani, Head of Creative Solutions at Advanced Media.

The DJI Air 2S is the first drone of its size to capture 20-megapixel still images or video in 5.4K with a new one-inch sensor that was previously available only on larger, less agile drones. DJI continues to enable the effortless creation of imaginative content with the new MasterShots feature. This advanced feature uses automatic flight path planning to set the drone’s course while recording video. Upon completion of the flight, DJI Air 2S automatically merges the footage under one theme to create an eye-catching video.

DJI Air 2S’s 31 minutes of maximum flight time and four-way directional obstacle sensors let the pilot focus on the shot while the drone’s safety systems warn when obstacles are getting close. APAS 4.0 (The Autonomous Obstacle Avoidance System) is the most advanced autopilot system on any DJI drone and when turned on, seamlessly maneuvers around objects autonomously. O3, DJI’s third iteration of OcuSync, brings the most reliable transmission technology in the drone market to this portable, foldable drone so users know their connection is stable. The upgraded FocusTrack mode includes a suite of programmed modes like Spotlight 2.0, ActiveTrack 4.0 and Point of Interest 3.0 that easily mimic the focus, control and movement of a professional video operator.

Expand your creative vision and capture high-grade footage using a new one-inch sensor capable of recording 20-megapixel still images, 5.4K video at 30fps or 4K at 60fps and 150Mbps. The one-inch sensor is larger than the sensor on the original Mavic Air 2 and offers a larger pixel size of 2.4μm, capturing more information and detail for better photos and videos.

Get closer to the subject without moving the drone using a new digital zoom that supports 4X zoom at 4K 30fps, 6X at 2.7K 30fps, 4X at 2.7K 60fps, 6X at 1080P 60fps and 8X at 1080P 30fps. DJI’s renowned three-axis mechanical gimbal smooths out footage for professional-level quality and 8 GB of internal storage have been added. Users can choose to record in H264 or H265, depending on their preferences for image detail and storage capacity and can also choose from three video color profiles, Normal (8 bit), D-Log (10 bit) or HLG (10 bit) to match their video needs.

In addition to standard photo options like Timed Photo, AEB and Panoramas, DJI Air 2S’s SmartPhoto mode records 20-megapixel photos using advanced scene analysis and deep learning to automatically choose the best of three options that will create the most visually appealing image for you, including HDR, Hyperlight and Scene Recognition. HDR modes merge several images together for a vibrant scene while Hyperlight is designed for low-light scenarios and Scene Recognition can identify several common settings and apply camera adjustments to capture photos that pop.

The DJI Air 2S has the most programmed flight modes and image capture modes of any DJI drone of its size.

These creative options include:

Safe and Intuitive Flight Operation in an Ultra-Portable Drone

DJI Air 2S uses four high-grade antennas and the latest version of DJI’s proprietary OcuSync transmission tech, O3, to deliver a stable feed at a maximum distance of 12km[1], even in areas with a high number of signals. A maximum 31 minutes in the air gives pilots more time to capture visually appealing footage while four-way sensors help reduce the risk of collision. The newly upgraded front, rear, bottom and top obstacle sensors incorporate binocular zooming technology to recognize incoming objects from further away at faster speeds.

DJI Air 2S uses the latest and most advanced version of Advanced Pilot Assistance System (APAS) 4.0, which allows the drone to autonomously and seamlessly maneuver around, under and over obstacles. While flying at normal speeds, the newly improved APAS 4.0 offers a wider field-of-view to detect obstacles compared to previous versions. If pilots are flying at higher speeds, as the angle of the drone pitches forward more and the newly added upward obstacle sensor plays a critical part in assisting obstacle detection.

As with DJI’s latest drone models, the DJI Air 2S’s AirSense system warns drone pilots of nearby airplanes and helicopters transmitting ADS-B signals, so the drone can be quickly moved to a safer location. Other standard DJI safety features of DJI Air 2S include an improved Return-To-Home (RTH) feature, which can bring a drone back to its launch point if it loses contact with the controller or reaches a critically low battery level, and the GEO 2.0 geofencing system to advise pilots of sensitive locations and help them automatically keep away from high-risk areas such as airports.

DJI Air 2S uses the latest version of the DJI Fly app, which features a wealth of educational information and tutorials to get new pilots up in the air quickly.

The DJI Air 2S is now available for purchase in the UAE at Advanced Media Trading’s showrooms and online. The standard combo retails for 3,849 AED and includes the drone, remote controller, one battery and all the cables and parts needed to get into the air. The Fly More Combo retails for 5,149 AED and includes everything from the standard combo, with the addition of 2 batteries for a total of 3, ND filters, a charging hub and a shoulder bag.

[1] DJI Air 2S transmission system has a maximum range of 12 km when unobstructed, free of interference and FCC compliant. Maximum flight range specification is a proxy for radio link strength and resilience. Always fly your drone within visual line of sight unless otherwise permitted and check local laws and regulations in the region being operated.