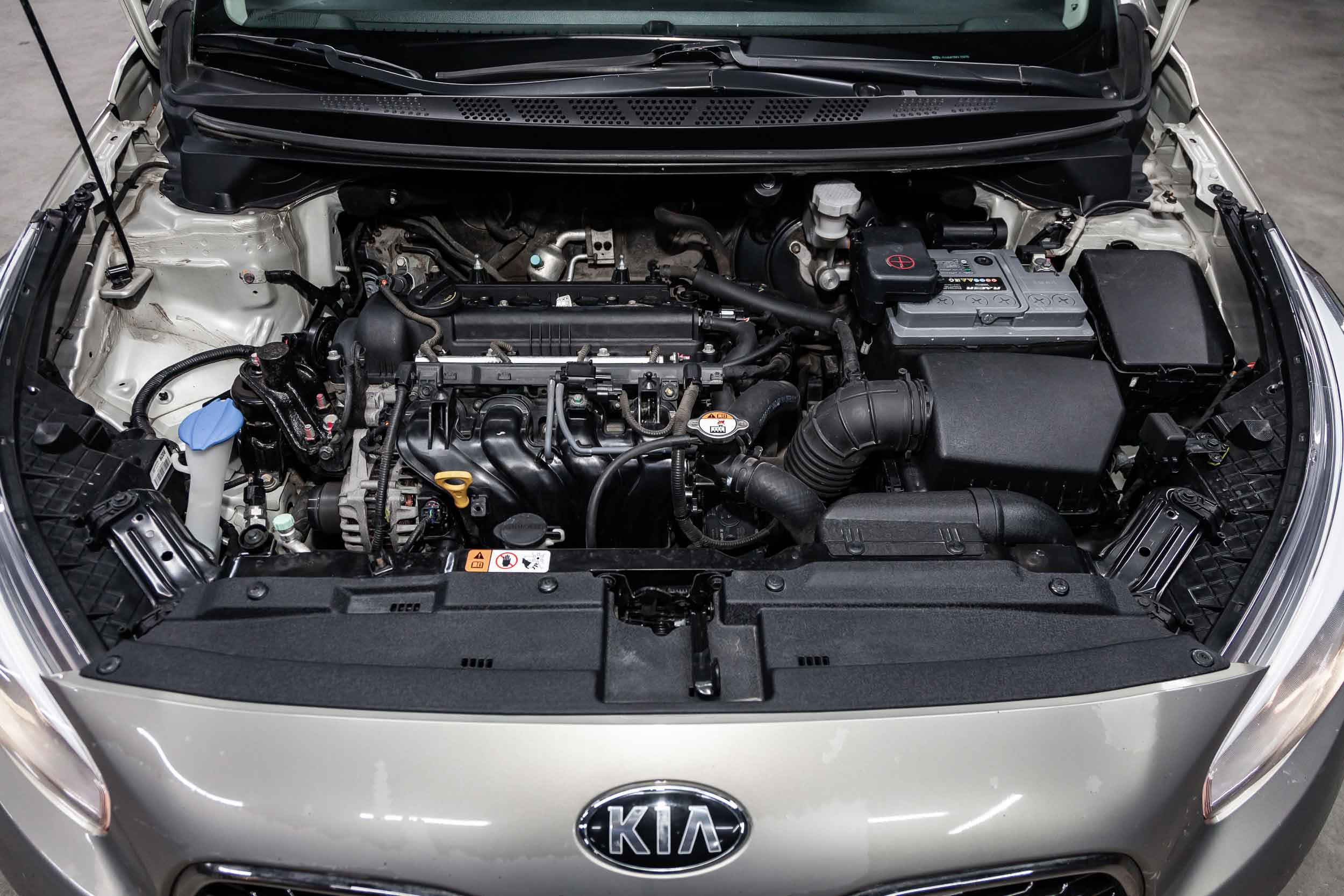 Novosibirsk, Russia - March 10, 2019: Kia Ceed,close-up of the engine, front view. Photography of a modern car on a parking in Novosibirsk

NHTSA says there are 11 known cases of Hyundai or Kia engines catching fire due to the problem. The Hyundai Motor Group in South Korea owns the Kia and Hyundai brands, which often share common components.

Both automakers issued recalls for respective models that could be affected by the fire danger. A fix is in the works and should be ready soon.

The recall notices from the carmakers say the Hyundai and Kia engines could catch fire even while turned off. The automakers do not know the exact cause but say that it likely is tied to the vehicles’ anti-lock braking system.

The automakers say an internal short circuit in the anti-lock brake system’s electrical wiring is the likely culprit. The short circuit raises the risk of a fire in the engine compartment on some Kia and Hyundai models.

The current recall due to fire dangers affects owners of:

Kia says the hydraulic electronic control unit (HECU) module might malfunction and cause an electrical short. a fire in the engine compartment even while the vehicle is parked and not running.

Watch for Warning Signs of an Engine Fire

The automakers say knowing the warning signs of the problem could help to prevent injuries or related fire damage to structures or other vehicles. The most obvious and telling sign is smoke coming from the engine compartment. An old saying says that where there is smoke there is fire, and that could be the case with your Kia or Hyundai.

You also might notice a burning or melting smell while you are driving or after parking it. An illuminated ABS warning light on your dashboard display also is a strong indicator of a potential engine fire due to the electrical problem with the anti-lock brakes.

Simple and Free Fix is Available

Kia and Hyundai have a simple fix that could correct the issue. The automakers say they can install a new fuse in the HECU module to eliminate the danger. The fuse and installation will be done free of charge.

Kia and Hyundai have sent notification letters to known owners of the recalled models. The automakers say they will send a second notice when the new fuses are available. Then owners can schedule appointments to solve the issue at their local dealerships.

Owners also can contact NHTSA by calling toll-free at 888-327-4236 to learn more. Providing NHTSA with the VIN number will help to identify any active recalls issued for that model. Going without fixing your Kia engine could cause complete engine failure and the end result would be having to purchase a new Kia engine, https://reman-engine.com/remanufactured-engines/kia.