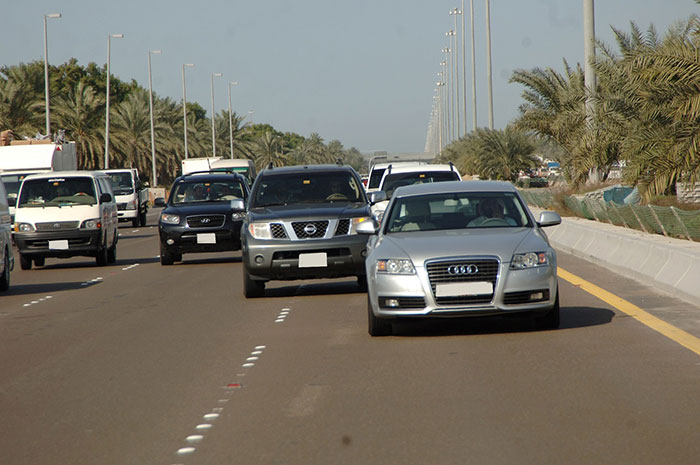 Vehicular Emission Management in the UAE

Greenhouse gasses emitted by fossil fuel-burning cars and trucks continue to cause a significant impact on the environment, expanding the carbon footprint of nations around the world. From leading the world in the per capita carbon footprint in 2008, the UAE’s consumption of natural resources reflects a continued dependence on fossil fuels for power generation and transportation—up to 80 percent of the nation’s consumption being attributable to these two areas.

Since the 2008 report that ranked the UAE as the country with the highest carbon footprint, the country’s regulatory and measurement body, the Emirates Authority For Standardization and Metrology (ESMA) has taken several giant steps towards controlling the factors that contribute to the country’s environmental impact. These steps include efforts to monitor and regulate the quality of fuel used in the country and the emission standards to ensure compliance across all vehicle classes. Intensive programs by ESMA and other governmental agencies have resulted in a remarkable reduction in the UAE’s footprint, moving the nation down two places behind Qatar and Kuwait two places down the global per capita footprint rankings. However, this represents a continued need for monitoring and effective steps to make the UAE an environmentally safer nation.

ESMA’s broad multi-pronged mandate to control vehicular emissions is based on a nationwide green strategy and has resulted in stringent legislation that cracks down on gas-guzzling vehicles based on a five-star rating scale. These new rules require new cars in the UAE to carry labels that detail their emission and fuel efficiency levels—information that is used to arrive at the vehicle’s rating. The new rules also stipulate that all vehicles entering the country must conform to the minimum one-star rating as determined by ESMA-driven metrics. The government has planned special allowances for cars that meet a five-star rating by offering free parking in government areas, tax rebates and exemptions, lower road and highway tolls. Another measure that is planned is penalties such as special “pollution penalties” that include a higher price on gas-guzzling cars, and increased registration charges based on the rating system. Some emirates are taking control measures to the next level. For example, Dubai’s Roads and Transport Authority has decided to adopt Euro 4 and Euro 5 emission levels as the standard for private vehicles on its roads.

Reducing the consumption of oil and fuel may be another step that represents a significant challenge in rapidly growing Emirates, but reforms in the regulation of fuel quality is a step that holds much hope for the country.

The “war on smog”, as it is popularly called has seen inpiduals, corporations, and the government rally behind the common cause of a cleaner, ecologically responsible country. A multi-departmental approach to the problem of the UAE’s large ecological footprint has resulted in the clear resolution to reduce the exhaust hydrocarbon emission parts per million (ppm) value from 800 to 300 in an eight-year period from 2008 through to 2016. Permitted carbon monoxide levels have also seen a significant reduction—from 4.5 percent in 2008 to less than 2.5 percent in 2010. The country’s massive inspection and vehicle registration infrastructure continues to evolve, systematically culling older, polluting cars and making way for greener vehicles.