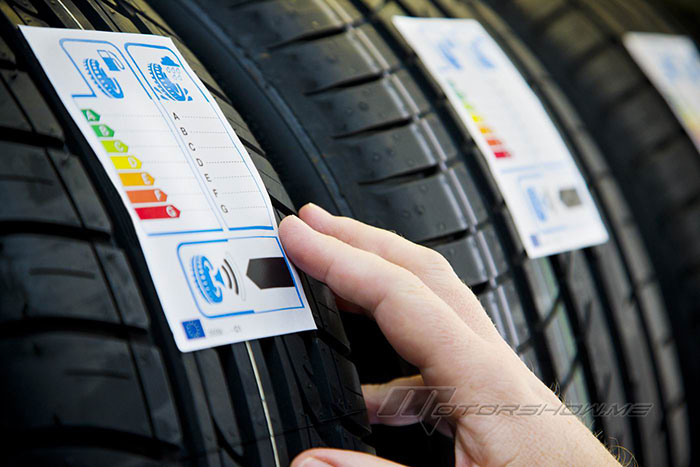 Tire Labeling Norms Across the World

The global tire market is expected record a 4.3 percent growth in answer to a projected demand of 2.9 billion units, according to a report by international market research firm The Freedonia Group. The report also projects rapid growth for non-motor vehicles and motor vehicles. One of the challenges of such growth is the effective labeling of products across geographies in conformance to environmental and driving conditions around the world. Today, tire labeling around the world is governed by a perse suite of regulations. This variance has led a thrust towards uniformity in tire labeling practices through processes and technological advancements such as the use of radio-frequency identification (RFID), a practice that has been institutionalized in the United Arab Emirates while remaining in progress in other regions. The move comes in the light of the profusion of counterfeit tires and recalls due to inferior quality—a situation that governments and manufacturers work actively to counter.

Tire Labeling in the UAE

Regulatory efforts by the Emirates Authority For Standardization and Metrology (ESMA) has led to the establishment of the law that all tires sold anywhere in the UAE. ESMA’s stringent tire labeling regulations are designed to enable fleet operators, drivers and owners to make positive purchasing decisions about the tires by introducing rating systems that cover several parameters including the safety, rolling resistance, fuel economy performance, as well as wet weather performance.

Trademark infringement by product imitators is a problem that has been addressed by existing and upcoming norms such as commercial RFID labeling of all tires sold in the UAE for consumer protection and a lifetime tracking system for tires that require a tire to conform to minimum performance specifications throughout its life. A noteworthy benefit of RFID or smart tagging is the control gained over the performance specifications of tires that are imported into the UAE. The region’s unique geographic and climatic conditions require specialized tires to ensure driver, passenger and vehicle safety.

The pattern followed by the UAE is a best practice for nations around the world in that it covers punitive steps against illegal tire resale, responsible storage, and disposal of used tires, as well as the authorized retreading of tires. The tracking of tires is expected to be tied to a smartphone app as well as other hand-held devices for use by the authorities.

Tire Labeling in the United States and Europe

Tire labeling in North America and the United States, in particular, has been the subject of much debate The tagging and labeling of tires in the United States follows guidelines and rules laid down in the TREAD (Transportation, Recall, Enhancement, Accountability, and Documentation) Act. Tire manufacturer Michelin introduced RFID transponders into tires back in 2003 and used thermal and pressure sensors to relay data about tire performance to an onboard display unit while the RFID chip was used for identification and tracking of tires. However, in the United States, tire labeling remains a subject of significant debate in industrial and legislative circles. The U.S. Department of Transportation’s (DoT) National Highway Traffic Safety Administration (NHTSA) uses a Uniform Tire Quality Grading System (UTQGS) that seeks to simplify the process of selecting tires for a wide range of passenger vehicles ranging from cars to pickup trucks. The rating process uses temperature, or heat resistance graded from the highest rating of “A” to the lowest rating of “C” while traction is rated as AA, A, B, or C in descending order of value. Treadwear is assigned a numeric value based on a control tire performance parameter of 100. U.S. tire labeling requires the inclusion of a large number of data points including maximum load rating, speed rating, a unique DoT identification number, temperature rating, load index and other alphanumeric code data.

In Europe, RFID tagging is used extensively in motorsport as an aid to quality control and consumer protection as laid down by the European Commission. Tire labeling norms rate tires on a scale of “A” class to “G” class, taking into account three broad factors—rolling resistance as a component of fuel efficiency, wet grip, and exterior noise levels indicated by a three-bar scale. European norms require all tire data to be displayed on all marketing collateral and technical documents—whether in digitized or physical form.