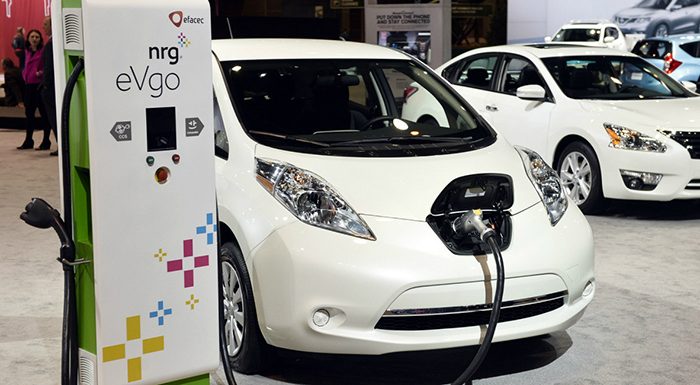 The consciousness about climate change and the environmental impact of the automotive industry have been the subject of debate and decision at an international level. Global carbon dioxide emissions showed a sustained growth of 4 percent in the years leading up to 2013 with a drastic drop to about 1 percent in 2014. The international commitment to environmental sustainability and responsibility has resulted in world governments enacting legislation that paves the way for hybrid and electric vehicles. As multiple industry sectors grapple with the implications of these global changes, governments in Europe, China, and the Middle East are getting behind the push for lower emissions by offering tax incentives to owners of hybrid and electric vehicles.

Green the World, One Car at a Time

Regulating carbon emission must begin with the automotive industry—one of the largest contributors to direct emissions. The transportation industry contributes 14.3 percent of greenhouse gas emissions second only to industry at 14.7 percent. Of this, road transport contributes 10.5 percent of all emissions. China is the world’s largest producer of vehicles and in a bold move, has initiated a program that offers tax incentives to its citizens who own or buy a hybrid or electric car.

Since 2012, the nation’s Vehicle and Vessel Tax has been levied on all types of motor vehicles based on the size of their engines. The exemption from this tax has been authorized for a wide range of low-emission or zero-emission vehicles including commercial electric cars, plug-in hybrid cars, and fuel-cell powered cars. This decision comes as a joint consideration of multiple departments of government covering finance, transport, industry and taxation. The country is also expected to offer subsidies on the purchase of environmentally friendly cars. However, the impact on sales is one of the key hurdles that must be overcome as consumers may tend to continue their reliance on fossil fuel vehicles. One of the steps taken to overcome this hurdle is the exemption of electric cars from the 10 percent purchase tax. Eligible cars will be identified by a government-authorized list of automobiles.

In the MENA region, Jordan has led the way in the adoption of hybrid cars and electric vehicles since 2008, removing customs duties and taxation on hybrid and electric cars. In 2015, the country exempted certain types of electric vehicles from registration fees, resulting in a reduction of approximately USD 12,000 per vehicle. Jordan’s lack of reliance on oil is a significant factor that has propelled the nation’s foray into creating tax and purchase benefits for electric vehicles. The Toyota Prius is an overwhelming favorite with the Camry and the Ford Escape rounding out the top three most popular hybrid-electrics in the country.

The United States also offers a federal tax credit up to $7,500 for plug-in hybrids and electric cars in addition to inpidual state incentives. Several states and counties provide funding up to $2,500 for zero-emission vehicles. Europe continues to encourage electric vehicles with significant tax cuts on the purchase and ownership of electric vehicles, heralding a greener future.