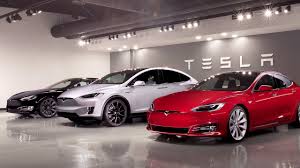 2018 has marked the advent of electric vehicles in the UAE with the launch of several models like the Tesla models, the Renault Zoe and the Chevrolet Bolt in the country. As part of Dubai’s Clean Energy Strategy 2050, the emirate’s goal is to have the lowest carbon footprint in the world, while it plans to decrease carbon emissions by 16 per cent by 2021 as part of the Dubai Carbon Abatement Strategy. More widespread use of electric vehicles in the can go a long way towards achieving these goals, especially in view of the fact that Dubai has the highest number of cars per capita in the world. According to H.E. Saeed Mohammed Al Tayer, the Managing Director and Chief Executive Officer of the Dubai Electricity & Water Authority, ground transport is the second largest gas emitter in Dubai.

Some of the main barriers to the widespread adoption of electric vehicles include high price, lack of availability and range anxiety. In September 2017, Dubai announced several incentives for those who purchase electric vehicles which include free registration and renewal , free Salik tags, free public charging at DEWA approved stations till the end of 2019 and free parking in designated slots. This will mitigate the pain of the high initial price to some extent.
With regard to range anxiety, battery storage capacity has increased significantly and companies like the Renault Zoe long range model which the company claims can cover a distance of 300 kilometers on a single charge in real world driving conditions. DEWA has installed more than 137 EV Green Chargers in easily accessible locations like malls, airports, residential complexes, commercial offices and petrol stations. The Abu Dhabi National Oil Company also plans to increase number of charging stations in Abu Dhabi from 12 to 20.

Across the world, the number of public EV charging points increased from less than 100,000 in 2012 to over 360,000 in 2016 and this trend is being replicated in the UAE.
When more people take to electric cars, it is expected that production costs will decrease in the long run. And though the initial cost might be high, over the long run, the total cost of ownership is less as electric vehicles have fewer components, need less maintenance and cost less for recharging. Recharging a Renault electric model costs AED 7 while the petrol powered variant needs AED 120 for fuel to cover an equivalent distance. Hence, it definitely makes financial sense in the long run to purchase an electric car. Banks like Emirates NBD, HSBC, National Bank of Fujairah and Emirates Islamic Bank are offering loans to purchase electric vehicles with discounted rates as their contribution to promote sustainability.

Those who own electric vehicles will be able to boost their green credentials and will be seen as forward thinking individuals. And thanks to the incentives offered by the government, they will even get to save a little money along the way.

Those who are deterred by the high initial cost of EVs can take advantage of the car rental services offered by car rental firm, Self-Drive that added electric vehicles to its fleet and offers them for rent at rates as low as AED 5 per hour with a minimum billing cycle of 24 hours.

The International Energy Agency expects the number of EVs worldwide to increase from the current two million to 280 million by 2040. In light of the advantages that electric vehicles offer, can the UAE afford to be left behind?