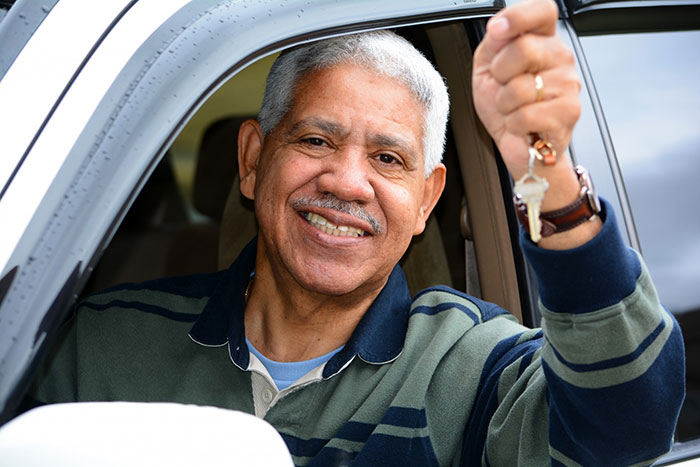 Advancements in healthcare and lifestyle have resulted in people living healthier and longer lives. One of the effects of improved longevity in the last decade is the substantial increase in the number of drivers who are senior citizens—aged 65 or more. The Center for Disease Control estimates that the number of elderly licensed drivers in the United States has increased by 34 percent in the 13-year period between 1999 and 2012. However, escalating traffic density on urban and suburban roads poses a unique set of challenges to elderly drivers.

As people age, they begin to minor loss of vision and hearing that is considered a normal part of the aging process. Peripheral vision, the area of vision that allows us to see objects at the very edges of our view gradually begins to narrow. This causes older drivers to have to turn their heads to a greater degree in order to see objects that are approaching from the edges of their vision, such as a pedestrian crossing the road. Medical conditions such as glaucoma or cataract are far more common after the age of 70, and can cause loss of vision that impairs driving. Research by psychologists at Nottingham Trent University and the University of Strathclyde has revealed that drivers older than 65 are thrice as slow to react to multiple objects in their visual field as compared to younger drivers—posing an immense challenge on our roads. Regular prescriptions

The loss of hearing can impair a driver’s ability to hear and respond to traffic warnings such as horns, sirens, and other audio alerts. Many cars have internal audio warning signals that rely on a driver’s hearing. Older drivers who suffer from a gradual loss of hearing may not even realize that they cannot hear specific sounds anymore. Mechanical malfunctions can also cause abnormal sounds that a driver needs to hear in order to take action or prevent a mishap. Hearing checkups, a quiet cabin environment, paying attention to visual aids can help mitigate the risk of driving for the elderly.

As people grow older, they tend to experience the loss of mobility, flexibility and a weakening of the muscles that aid in driving. This restricts the movement and quick reaction to situations on the road. Operating the brake, clutch, accelerator, opening doors and windows can be difficult after the age of 75. AAA estimates that 80 percent of over-70 elders suffer from some form of arthritis or inflammation of the joints. These challenges can make driving and emergency procedures such as sudden braking maneuvers both painful and risky. Understanding the limitations of elderly drivers can help both drivers and families decide the age at which getting behind the wheel is no longer safe.

Elderly people who are over the age of 65 are often on a regimen of over-the-counter and prescription medications. These medications and their interactions can produce soporific effects, causing drowsiness, sluggish movement and in some cases, hallucinations. Driving while under the effects of over-the-counter medication has several risks that can cause injury to the driver or to pedestrians.

Several organizations including the National Institutes of Health, The Center for Disease Control and AAA agree that age, general health, preexisting medical conditions and drug regimen are some of the determining factors while considering whether or not a senior citizen should continue to drive. Researchers and universities around the world indicate that older drivers and their families need to monitor their driving after the age of 65 and increase monitoring after the age of 75.