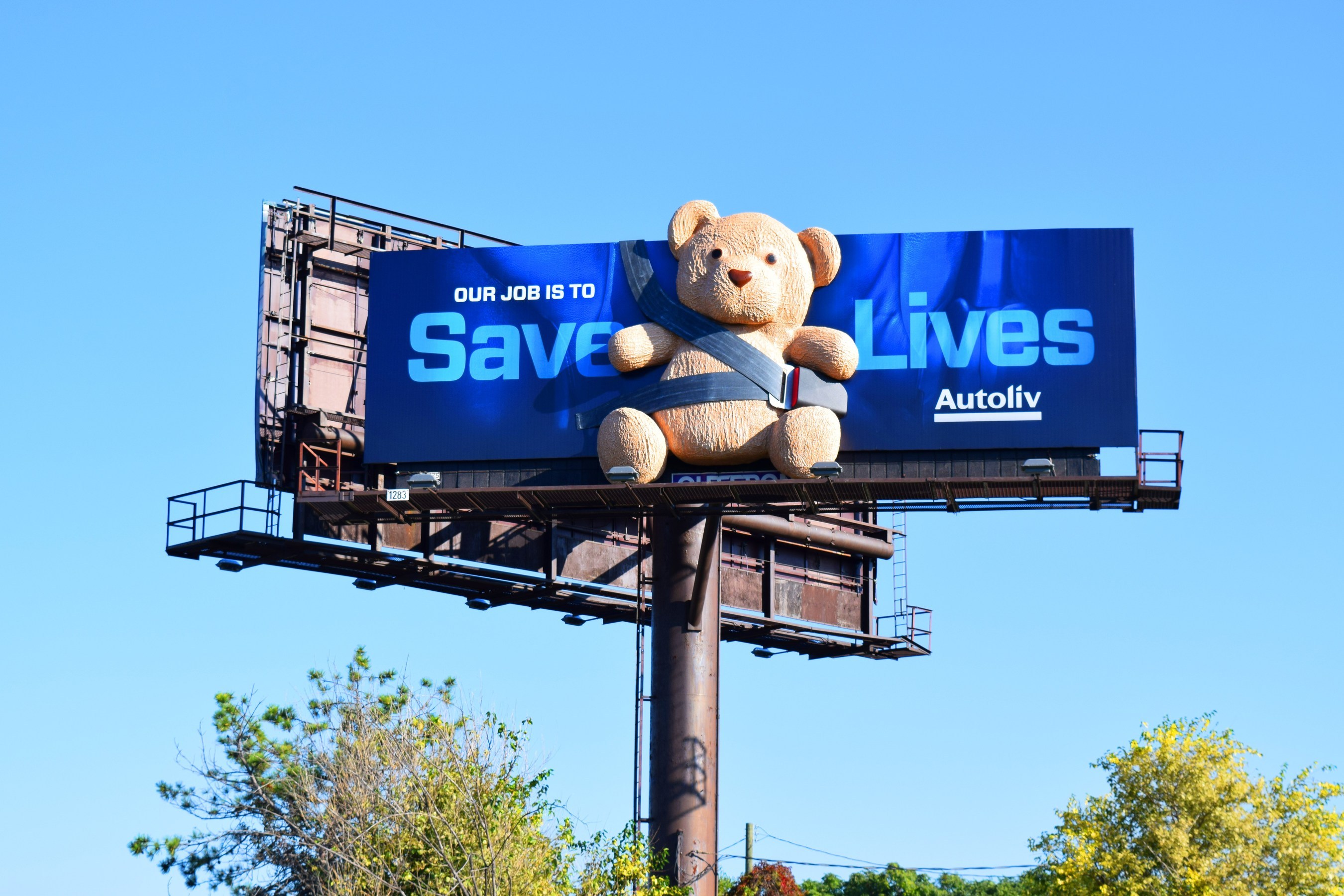 Autoliv specializes in the production of many vehicle components related to safety like airbags, seatbelts and steering wheels. The company highlighted its commitment to safety with a recent billboard campaign that featured a 3D teddy bear.

The campaign which was conceptualized by Outfront Media used one of the largest three-dimensional displays ever constructed in the Detroit metropolitan area. The display was designed by the agency’s in-house creative team and was 18 feet tall.

Commuters travelling northwards on Interstate 75 saw the enormous three-dimensional teddy bear which was safely buckled into the backseat of a car. The billboard clearly conveyed the idea that Autoliv products played a key role in saving lives and protecting our loved ones.

Commenting on the billboard campaign, Alison Brawner, Vice President of Human Resources – Autoliv North America said that the company was excited to boost brand awareness with the campaign as every employee took great pride in knowing that everyday across the globe, millions of families depended on Autoliv products to keep them safe on the road.

She concluded by saying, “Our work really matters, and this is a fun and creative way for us to express that pride.”

Interstate 75 is a major thoroughfare for people who live in Detroit, especially for those who have ties to the automotive industry. The billboard served as a platform for Autoliv to express its purpose as an automotive safety supplier.

“We are excited to partner with Autoliv to create an icon that helps to support their vision of ‘Saving More Lives,'” said Nicole Mapp, Art Director at OUTFRONT’s Detroit Office. “The buckled-up teddy bear is not just a billboard, but it is a symbol of Autoliv’s commitment to creating products that keep everyone safe.”