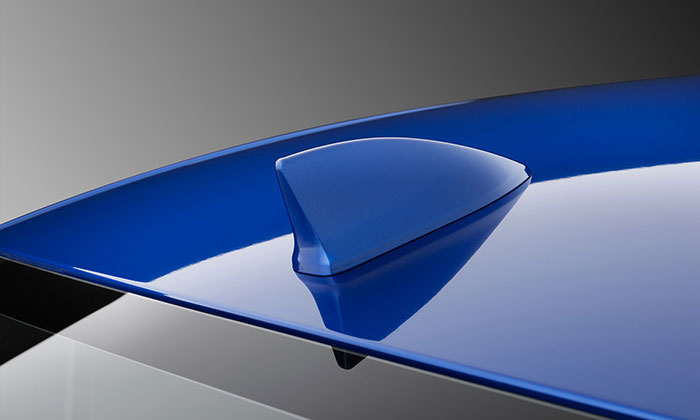 The sophistication of automotive technology is at a stage of evolution that embraces one of the cornerstones of the industry today—the rapid transition from a standalone passenger vehicle to a complex network of interactions between a vehicle and mobile or static radio devices. Forays into self-driving technology by Tesla and Google have yielded impressive results, driving the auto industry’s reliance on robust communication hardware and software. This movement has been profoundly impacted by the consistent need to balance form with the function of communication devices and has resulted in several key innovations in the area of automotive antenna systems. Electronic driving, braking, and especially navigational systems rely on the transmission and reception of radio and other wireless signals efficiently and with negligible signal losses. The industry’s key innovations in antenna technologies range from large-scale changes such as the development of Smart Antennas to smaller, yet significant innovations in the design, manufacture, placement and application of antennas.

The “Smart” prefix as applied to automotive antennas references the use of machine-to-machine communication through wireless protocols extending to vehicle-to-vehicle and vehicle-to-infrastructure systems. Traditionally, antennas use radio frequency coaxial cables to transmit signals between the base radio unit within the vehicle and the antenna that is positioned on the body. Smart Antennas use a single antenna-and-radio module to mitigate the need for lengthy cables by the use of a unified digital interface cable. This represents a significant reduction in the cost of cabling, installation and long-term upgrades.

A typical smart antenna is a self-contained unit comprising of several antennas, radio components, cables, and interfaces. When developed as a bespoke communications solutions the cost of these systems is capable of working with multiple protocols and applications including Global Navigation Satellite System (GNSS), two-way short range communications through DSRC, vehicle-to-everything (V2X), 3G, 4G, LTE, satellite radio systems, and standard AM/FM capabilities. These integrated antennas are a key component of V2X systems enabling a car to interact with infrastructure such as traffic lights, crossing signals, and road signs as well as enabling critical safety features such as collision prevention systems, red light warnings, and emergency V2V systems. Smart Antennas can also save fleet managers thousands of dollars a year in maintenance and hardware costs.

Bee-sting antennas that are a stock accessory on many cars today have been upgraded by shortening the antenna length at the cost of adding a signal amplifier unit. These antennas have been expanded with feed channels to include Digital Audio Broadcasting (DAB) and DAB+ and cellular phone protocols.

Shark-fin antennas represent the union of form and function, housing several narrowband antennas on a customized circuit board. Advancements in these devices include optimization of the circuit board and the addition of components that support GPS, DARS, and SDARS reception while maintaining the profile and a degree of compactness that is in harmony with the vehicle’s design specifications.

Glass-mounted antennas conceal much of the antenna hardware into the seams of the vehicle’s glass surfaces and are far more versatile, extending television and streaming video capabilities to a traditional antenna. Microstrip patch antennas find extensive application automobiles because of their low cost of production, small size, and easy integration into automobiles, where space is always at a premium.

The idea of integrating traditional and microelectronic radios and antennas into vehicles has led to the development of spoiler-mounted antennas, a development pioneered by Japanese automaker Toyota. Developed in the 1990s, the technology embeds antenna elements into existing spoilers, optimizing the use of space.

With a view to further reducing the visual presence of an antenna, Volvo’s unique metallic turret-type rooftop aperture antenna array was first developed in 2003 and conceals the array under a polymer composite panel. Designed primarily for frequencies less than 1 GHz, the antenna’s placement on the roof reduces its visibility. Other technologies that focused on the integration of the antenna into body parts include trunk-mounted and body-integrated antenna assemblies. Some of these assemblies are being developed to include Radar and Lidar components.