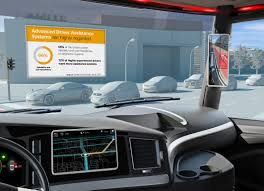 The results of the Continental Mobility Study 2018 reveal that motorists highly appreciate the benefits of using cars with the capability to connect to the Internet. A vast majority of motorists in Germany, the United States, China and Japan take advantage of the offerings and services that they enjoy thanks to the digitalization and connectivity of vehicles. Some of the most popular features that are based on connectivity include traffic management systems like navigation and guidance systems which include parking displays and route recommendations and parking displays.

Consumers are not as enthusiastic though about sharing data related to their driving behavior with insurers. About three quarters of respondents in China indicated that they were willing to do. This was not the case in Germany, where the majority of respondents said that they were not interested in sharing their data with insurers, with only four out of ten drivers saying they would do so. In the case of motorists who were 30 years old or less, this figure fell to three out of ten. In the United States, two thirds of the young drivers were willing to share their driving behavior data to benefit from favorable insurance schemes. The corresponding figure for Chinese motorists and Japanese motorists were 80 percent and 50 percent respectively.

Continental commissioned market and social research institute infas to conduct the 2018 Continental Mobility Study with a representative survey of drivers in the US, Japan, China and Germany. The study also included interviews with scientific experts and veterans of the automotive industry. Hence, the 2018 Continental Mobility Study is one of the most comprehensive studies of its kind which was conducted on a global basis regarding mobility requirements and technology trends in the automotive sector.

Motorists want service and maintenance recommendations
The technological feature that proved to be most popular among the drivers surveyed as part of the study was black box systems. Black box systems contain data memories that allow driving situations to be reconstructed following accidents. Three out of four drivers in both Germany and the United States welcomed the idea of black boxes. In Japan, this figure was at two thirds of the participants in the survey while in case of China, four fifths of drivers liked the concept of a black box system.

Motorists also loved the idea of receiving service and maintenance recommendations based on connected vehicle data, especially in China (80 percent) and the US (70 percent). In the US, this idea was particularly popular among women (79 percent). The demand for such recommendations is also quite high in Japan (67 percent) and Germany (56 percent).

Commenting on the findings of the survey, Helmut Matschi, responsible for the Interior division and member of Continental’s Executive Board said that generally people tend to use service offerings that they understand and connectivity offers features that give real added value. Hence, there is very high level of acceptance of traffic management solutions. Over 20 years ago, Continental’s developers came up with the first car navigation system for mass production. Currently, they are used by everyone. Modern smartphones offer service advantages that are readily accepted in cars

While drivers enjoy the benefits of offerings and services based on connected data, it also means that they are often liable to share personal data. In Germany, less than 50 percent of the motorists are willing to do this. In China, 75 percent of all respondents across all age groups do not mind sharing their personal data. About 60 percent of respondents in the United States and 50 percent of those in Japan are ready to share their personal data, except in the case of insurance companies. Less than half of the motorists surveyed in the US and Japan were willing to share their data with insurance companies.

“Motorists are facing a dilemma. The ability to enjoy the benefits of offerings and services based on connected data also often requires drivers to share personal data. Less than half of German motorists are prepared to do this, even though sharing data is something we do every day when using smartphones and social media. This is probably why motorists aged up to 30 are more open-minded. More than three-quarters of them have no objection to sharing personal data. Incidentally, this is one of the relatively few areas in the study where the responses received from younger and older people diverge considerably. This motivates us to place the emphasis on data security and to communicate this among all age groups,” said Matschi.