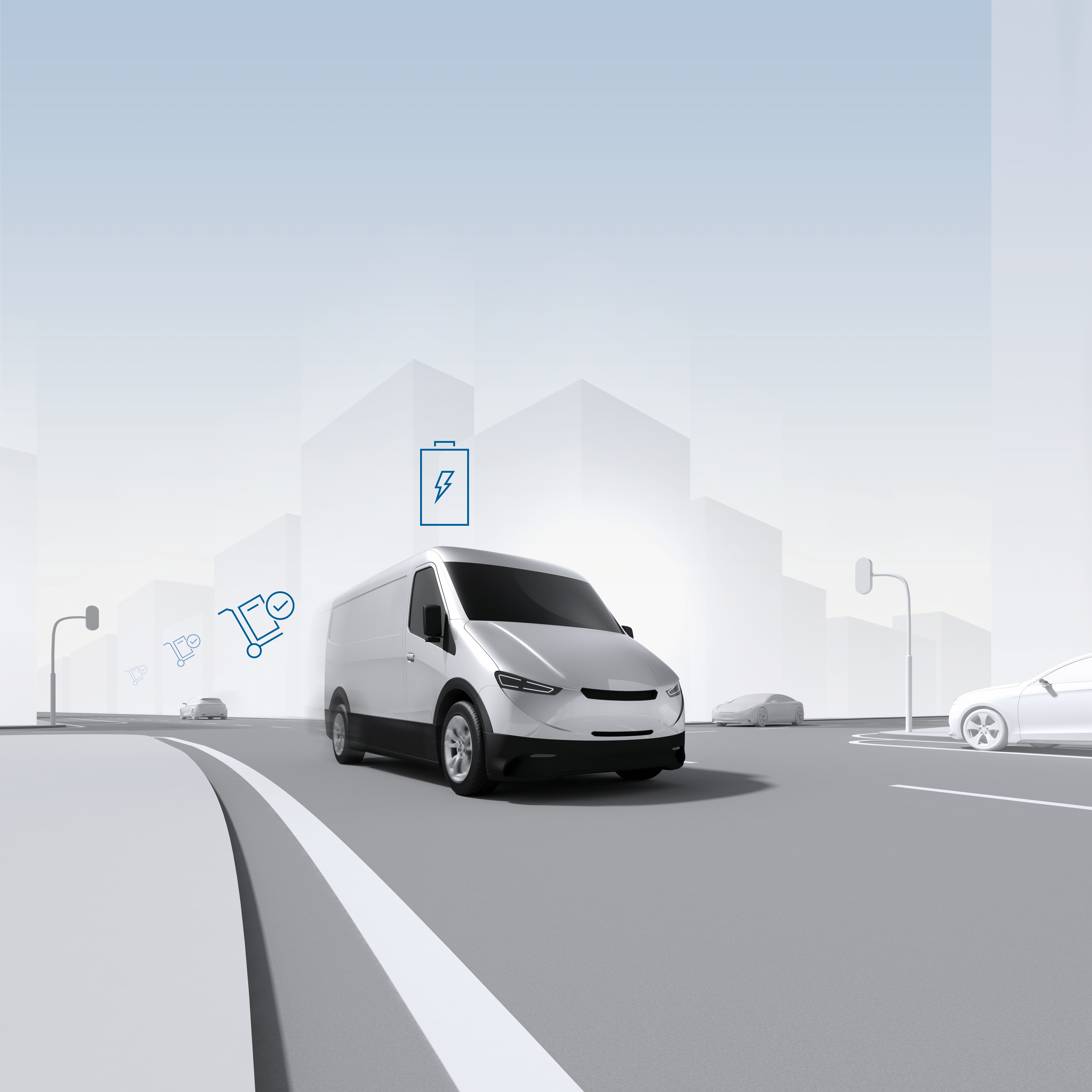 Bosch has launched the eCityTruck, its electrical powertrain that is compatible with many models that are used as delivery vehicles. The first vehicles with this powertrain will be launched in the German market in 2019.

The eCityTruck powertrain will be mainly used in electric vans which deal with last-mile deliveries from distribution centers to recipients and face a lot of stop-and-go traffic. This is often the case when it comes to ecommerce deliveries is crowded areas where it is best to use electric vehicles as they will be able to recuperate the energy from constant braking, and this will increase their range. In the case of most delivery routes, the distance that needs to be covered is less than that given by a single battery charge, generally less than 80 kilometers a day. The fleets can then be recharged overnight at the depot.

Commenting on the new technology, Dr. Markus Heyn, member of the board of management of Robert Bosch GmbH said that in order to keep pace with goods supply in cities, it is imperative to rethink the manner in which delivery traffic takes place. He said that Bosch’s electrical powertrain for commercial vehicles has the potential to transform urban delivery traffic and will play a key role in getting electric vans ready for the mass market.

Ready for the mass market
There are two variants of Bosch’s eCityTruck powertrain: one which has a transmission and one without a transmission. The goal was to come up with solutions that can be easily integrated by automakers and can accommodate the different needs of automakers. It is possible to scale these powertrain solutions for light commercial vehicles which range in weight from two to 7.5 metric tons, and hence these powertrains can be used for a large number of commercial vehicle models.

When it comes to passenger cars, Bosch already has developed an all-in-one solution for passenger cars called the e-axle which can significantly expedite vehicle development times. For its new eCityTruck powertrain concept, Bosch has combined multiple components like an electric motor and power electronics into one unit. This reduces the cost for parts, with the outcome being a new powertrain that is not only more efficient but is also more affordable. As the unit is an easily integrated solution, customers so not have to spend time developing new components. Another advantage the e-axle offers to automakers is that the Bosch solution makes it possible for them to bring vehicles to market quickly.

According to a report by Research and Markets, the market for light commercial vehicles in the UAE is set to grow by 8.25 per cent by the year 2022, which can be attributed to a rise in infrastructure projects across the country, as well as growing logistics and tourism sectors.

Bosch does not have plans just for the electrification of commercial vehicles. The company is working with Nikola Motor Company, a U.S. start-up on development of a powertrains that can significantly improve the range of electric vehicles and could be possibly used in long-distance trucking.

In the case of Bosch, the development of these powertrain technologies for delivery traffic marks another milestone in its drive to achieve a leading global position in the electromobility mass market that will emerge after 2020, and to help achieve the company’s vision of emissions-free, accident-free, and stress-free mobility.

Bosch is expanding its range of products related to automated, connected, and electrified vehicles to cover light commercial vehicles also as part of its plans for future mobility. It is expected that the new powertrain will be adopted widely by the logistics and service sector across the world as part of their efforts to promote sustainability.

According to figures released by market research firm, Frost & Sullivan, UAE e-commerce is expected to hit the USD 10 billion mark by 2018. The UAE’s Supreme Council of Energy issued a directive in 2016 that at least 10 per cent of all new purchases of the fleet vehicles owned by government institutions should be hybrid or electric vehicles so that the country can achieve its target of ensuring that two per cent of all vehicles in the UAE are hybrid or electric by 2020, and 10 per cent by 2030. This is expected to reduce the total amount of carbon emissions in Dubai by 19 per cent by 2021.