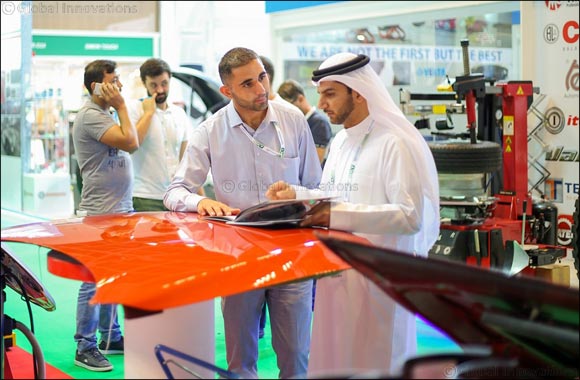 The recent efforts by governments across the GCC to focus on infrastructure development and economic diversification is expected to spark a revival in the region’s commercial vehicle market, providing plenty of scope for growth to auto manufacturers and key players in the automotive aftermarket. According to a March 2017 report from TechSci Research, about 240,000 commercial vehicles (CVs) including light, medium, and heavy trucks, vans, and buses were sold in the GCC in the past year 2016,.

Though it is lower than the peak figure achieved in the past five years, 380,000 units in 2014, it does signal that the market has revived with TechSci estimating that the number of trucks and buses on GCC roads will grow at an annual rate of nearly three per cent and nine per cent respectively in the period from 2017 to 2022.

The market leaders in the GCC truck market were Saudi Arabia, Oman and the UAE, contributing to over 80 per cent of the market. The region has  also emerged as one of leading importers of buses in the world for catering to the needs for labour and staff transportation and luxury buses used for the Hajj pilgrimage.

Another leading research firm, Frost & Sullivan, forecasted that the GCC will have 1.8 million CVs by 2020, and this will in turn, lead to greater demand for CV parts and accessories, the value of which will reach US$5.6 billion.

The leading global providers of aftermarket replacement parts and services for trucks and buses are eager to explore the potential of the GCC market through the Automechanika Dubai trade show, which is scheduled to be held from May 7 to 9 at the Dubai International Convention and Exhibition Centre. Organized by Messe Frankfurt Middle East, the show will feature 1, 942 exhibitors of whom 1,212 will be part of the Truck Competence initiative. This initiative covers the entire CV value chain, ranging from parts and accessories and workshop equipment to body repair and care.

He added, “GCC countries, which are traditionally major exporters of oil and natural gas, are making a concerted effort of economic diversification, and verticals such as logistics, construction, tourism and public transport, accompanied by large-scale expansion of civic infrastructure projects, will fuel demand for commercial vehicles and aftermarket services.”

Many of the exhibitors participating in the Truck Competence exhibitors fall under the purview of the Parts & Components and Electronics & Systems sections at Automechanika Dubai.  These two sections, with over 1,100 exhibitors combined, form the largest of the six dedicated product sections of the event.

ZF Group from Germany is a global leader in driveline and chassis technology for cars and commercial vehicles, and one of the leading Truck Competence exhibitor at this year’s edition of the event.

The company which is based in Friedrichshafen, Germany had achieved sales of 35.2 billion euros in 2016, and will be using the Automechanika show to showcase, for the first time in the Middle East, its complete range of PC and CV applications under the brands SACHS, LEMFÖRDER, TRW and Openmatics.

According to Khalid Alexander Sabbah, Managing Director of ZF Services Middle East, ZF Middle East will use Automechanika Dubai to network with its vast customer base, meet potential customers and to highlight its latest innovations, including Openmatics, ZF’s telematics and parts from the SACHS Performance for race car applications.

Hastings Manufacturing from Michigan, USA is another Truck Competence exhibitor which is focusing on more growth in the MENA region.  The is a market leading with expertise of over 100 years in piston ring manufacturing for nearly any type of application, from automotive and truck, to agriculture, industrial, small engine, as well as marine and high performance engine applications.

Romy Laxamana, Vice President of Business Development said: “The Middle East and African market is a very important part of the strategic growth plans for Hastings Manufacturing.  Both of these markets present an opportunity for our company to expand our global reach by leveraging our technology and our brand to reach new customers in this region.

“Historically, we’ve done business in the Middle East through USA based trading companies.  The company recently pivoted to doing business directly with major regional importers and distributors to be closer to the customer and provide better service and competitive pricing.”

Automechanika Dubai, the annual trade fair which is billed as the Middle East and Africa’s largest automotive aftermarket exhibition, is being held for the 15th year and serves to connect the world’s leading manufacturers with traders, distributors, wholesalers, importers and exporters from the MENA region and even beyond. |The importance of the show is highlighted through the presence of 25 country pavilions and 36 international trade associations, and approximately 51 per cent of the expected 30,000-plus trade visitors are likely to come from overseas.

Another eagerly anticipated feature of the show will be the popular Automechanika Academy – a series of seminars, presentations, and workshops about key issues and regulations that affect the automotive aftermarket.