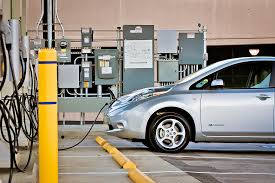 Electric vehicles can make a significant difference in the future when it comes to the pollution in major cities. This was the opinion of Vivek Vaidya, a keynote speaker at the recent South-East Asia forum on electric and autonomous mobility which was organized by Nissan. Vaidya, vice-president of mobility with global consultants Frost & Sullivan said that emissions are an area of major concern for governments in the case of the megacities in the region. A megacity is defined as a city having over 10 million residents and with growing use of heavy vehicles and personal vehicles in major urban areas, emission from vehicles are seen as one of the major sources of urban pollution.

Vaidya said that instead of looking at vehicles as a source of income, governments need to look at the entire value of EVs and recognize their importance when it comes to improving air quality. They should make it easier to switch from internal combustion powered vehicles to electric vehicles by offering more incentives.

Nicholas Thomas, the director of Nissan’s electric vehicle division said that even when generating electricity from coal, an EV is about 30 per cent more efficient when it comes to emissions. If the electricity is derived from other forms of energy, the returns are even better. He expects the cost of batteries to come down in the next five to seven years to the point where electric vehicles are cheaper than internal combustion engine powered vehicles. In the short term, though, the initial cost of electric vehicles is high and help is needed to make them more affordable to consumers.

According to Thomas, one of the advantages of having a bigger fleet of electric vehicles is that they will give users the capacity to help regulate the power grid fluctuations that occur with renewable energy as electric vehicles can not only draw power from the grid but can also supply energy to the grid.

He said, “In most countries you’re building new power stations only to provide capacity for a couple of hours a day, typically when people get home on hot nights,”

Owners of electric vehicles can return energy to the grid at peak times to help reduce the fluctuations in the power supply and charge up their vehicles when there is low demand for electricity from the grid.