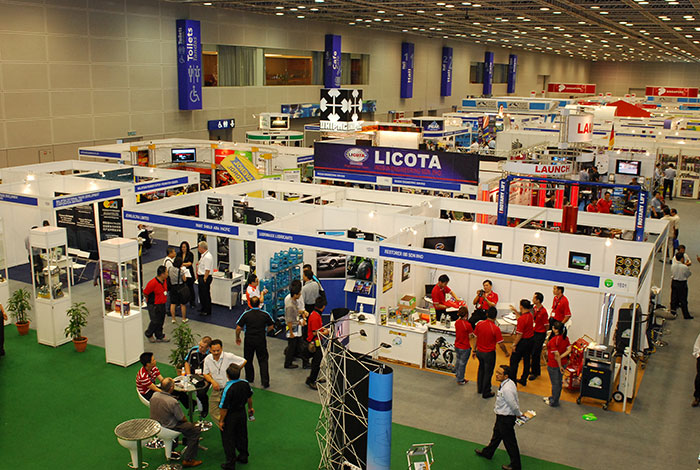 Cars in GCC Projected to Cross 19 Million Mark by 2020

A report published by renowned research analysts Frost & Sullivan leading up to the 2016 edition of Automechanika Dubai gives an encouraging outlook on the automotive market in the GCC region. It reveals that though there has been a slight downturn in sales this year, automotive sales will stabilize in 2017 and the vehicle parc in GCC will reach 19.1 million in 2020, helping the region to retain its status as the largest automotive market in the MENA region.

Saudi Arabia and UAE will together account for 71 per cent of the automotive market in the GCC. Saudi Arabia will in fact be the largest market with a 52.5 per cent of the entire regional market, which translates into 10.03 million cars. The UAE will come in a distant second, with an 18.5 per cent share or 3.53 million vehicles with the other countries in the region – Kuwait, Oman, Qatar and Bahrain accounting for the balance 5.54 million vehicles.

The number of passenger vehicles in the GCC is projected to increase at an annual rate of 7.4 per cent over the next four years, increasing from the 2015 figure of 14.35 million to 19.1 million by 2020. The average age of vehicles is likely to go up to eight years with vehicles that are three years old and less contributing to 27 per cent of the vehicle parc and those that are 10 years or older making up 31 per cent of the total figure.

According to Ahmed Pauwels, CEO of Automechanika Dubai’s organiser, Messe Frankfurt Middle East, this trend along with increase in the actual number of vehicles on the road points towards growing demand for aftermarket spare parts and services.

He added “Demand for spare parts – excluding tires and batteries – in the GCC alone will be worth US$11.9 billion by 2020, up from an estimated US$7.6 billion in 2015. The good news is more than 2,000 exhibitors from 60 countries will line-up at Automechanika Dubai 2016, which targets the growing regional market for auto parts, services, accessories, tires, batteries and auto components.”

Automechanika Dubai 2016, which is the largest trade and networking fair for the automotive aftermarket segment in the MENA region is scheduled to be held from 8-10 May at the Dubai International Convention and Exhibition Centre.

Automechanika Dubai serves as a platform to showcase some of the biggest players in the global automotive aftermarket like Midwest Truck & Auto Parts, which is the largest manufacturer and distributor of aftermarket heavy-duty replacement parts in the United States.

Orlando Serna, Vice-President of International Sales at Midwest Truck & Auto Parts, said that the company is relatively new in the MENA region. It will be using the show to network with a growing number of customers in the region and to publicize its expanded product line of heavy duty parts for vehicles belonging to major Japanese brands like Hino, Isuzu and Mitsubishi.

UAE-based Central Trading Company (CTC), which participates in Automechanika Dubai on a regular basis will be highlighting its complete range of more than 25 major automotive aftermarket brands, and will use the fair as the venue for the launch of the Michelin Pilot Sport 4 tire.

Automechanika Dubai 2016 is expected to draw over 30,000 visitors hailing from 134 countries. The participation of 21 country pavilions and 38 international trade associations highlight the growing appeal of the show. Other highlights of the show will be the Truck Competence initiative with its focus on the truck sector, and the Automechanika Academy – a series of seminars and workshops held by key experts and industry figures.