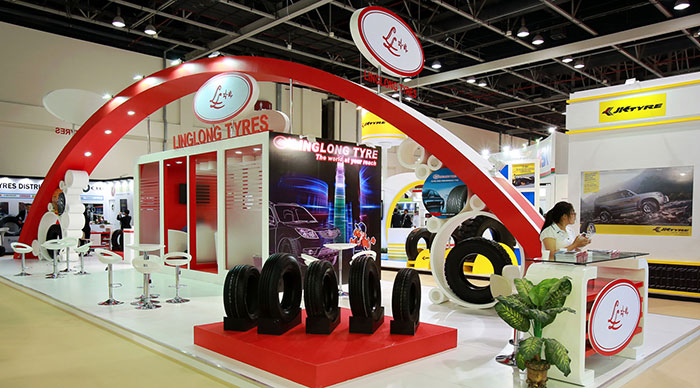 In the runup to Automechanika Dubai 2016 which is scheduled to be held from in May 8 to 10 this year, renowned analysts Frost & Sullivan have released a report giving details of the outlook for the automotive market in Abu Dhabi. The report states that Abu Dhabi’s capital maintenance market for cars, buses and trucks will grow at a rate of 6-8 per cent annually to reach US$1.2 billion by 2020. In 2015, it is valued at USD 844 million, an increase of USD 54 million in comparison to the figure of USD790 million in 2013.

At the moment, Abu Dhabi has a total of 670,000 cars, buses and trucks. Of this figure, cars make up 90 per cent and it is this car segment, which covers private cars, rental cars, taxis, and leased cars that contribute to a significant extent to Abu Dhabi’s growing maintenance service market.

“Posting a 45 per cent rise in the number of registered vehicles between 2009 and 2014, Abu Dhabi is a key market for local and international automotive aftermarket players,” said Ahmed Pauwels, CEO of Messe Frankfurt Middle East, organiser of Automechanika Dubai.

He added that the market still has plenty of room for growth in view of the pace at which the economy is growing, mainly due to infrastructure projects and tourism.

“This is also reflective in the growth of Abu Dhabi trade visitors to Automechanika Dubai, which in the last three years alone has increased by 33 per cent,” added Pauwels.

Automechanika Dubai is the largest trade and networking fair for the automotive aftermarket in the MENA region. This year, over 2,000 exhibitors from 60 countries are expected to take part in the three-day event and they will be seeking to take advantage of the growing regional demand for auto parts, services, accessories, tires, batteries and auto components. In fact, the figures released by Dubai Customs which show that Dubai’s trade for auto parts and accessories was valued at USD12 billion in 2014, 10 per cent more than that in 2013 indicate the growing global interest in the region. Of the USD 12 billion, USD 7 billion accounts for the total imports of auto parts, accessories, tires, and engine components while USD 5 billion accounts for exports and re-exports attesting to Dubai’s growing status as a major hub of trade between Asian, European and North American manufacturers and regional consumers.

As is done normally, the 14th edition of Automechanika Dubai will have six sections devoted to six core product groups – parts and components, electronics and systems, repair and maintenance, tires and batteries, car wash, care & reconditioning; and accessories and customizing.

The fair which is held every attracts some of the biggest players in the global automotive aftermarket like Midwest Truck & Auto Parts, the largest manufacturer and distributor of aftermarket heavy-duty replacement parts in the United States.

Orlando Serna, Vice-President of International Sales at Midwest Truck & Auto Parts, said the company will be looking to grow its customer base in the region with its expanded product line servicing major Japanese brands such as Isuzu, Mitsubishi and Hino.

“Our presence is fairly new in the Middle East and African region,” said Serna. “Our goal is to bring our expertise, our commitment to quality and continual improvement to the wider region’s automotive aftermarket in the same fashion that we provide our current customers in the USA and worldwide.”

Central Trading Company (CTC), which is based in the UAE is a regular exhibitor at Automechanika Dubai, and will use the show as a platform to showcase its complete range of over 25 global automotive aftermarket brands this year, including the launch of its Michelin Pilot Sport 4 tire.

Mohammed Aqel, General Manager of CTC, said they would also be showcasing No-H2O, a waterless car washing solution from Ireland. This is the only such product that has been approved for use on Airbus and Boeing commercial aircraft in addition to trucks, vehicles, boats, buses and motorcycles.

He said that in comparison to traditional car washes which use 132 liters of water for washing each vehicle, No-H2O uses no water. It comprises a scratch-free formula that can emulsify the dirt particles, leaving the car with a polished finish that no other car wash product can match.

More than 30, 000 people from 134 countries are expected to visit Automechanika Dubai 2016 and the global appeal of the event is highlighted by the participation of 38 international trade associations and 21 country pavilions. About 88 per cent of the exhibitors and over half of the visitors are expected to come from overseas countries.

Automechanika Dubai 2016 will also witness the return of the popular Truck Competence initiative, where over 900 exhibitors will showcase their products related to every aspect of the truck sector, from truck parts and accessories, to workshop equipment, body repairs and care.

It will also feature the popular Automechanika Academy – a series of seminars and workshops given by leading experts and prominent industry figures. These seminars will focus on key issues that affect the automotive aftermarket.