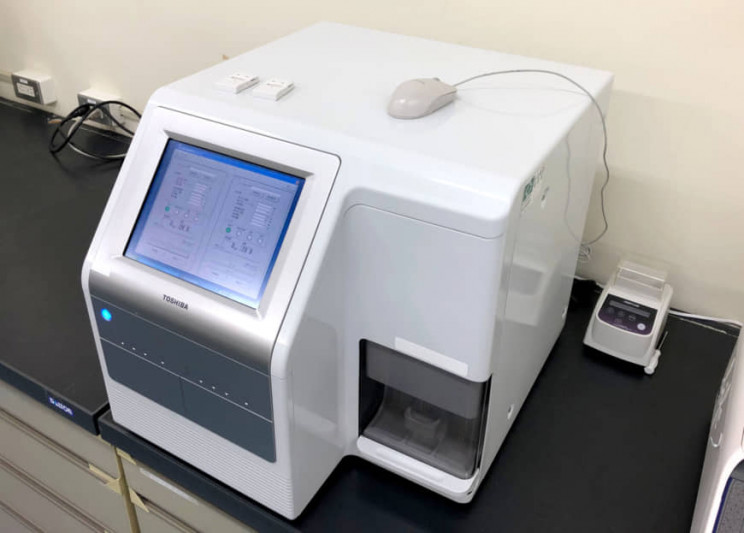 The main reason why the word “cancer” strikes fear in our hearts is that it is the second leading cause of death on a global scale. In 2018 alone, it led to 9.6 million deaths in countries across the world. It is a sad fact that the ability to afford diagnosis and treatment also has a significant impact on the mortality rate when it comes to cancer. About 70 percent of the deaths caused by cancer occur in low and middle income countries. It does however have to be admitted that especially in developing countries, lack of access to proper diagnosis and treatment plays a key role in increasing the mortality rate.

Hence, it is truly welcome news that Toshiba Corporation has developed technology that can be used to detect 13 types of cancer. What is even more striking is that the equipment that has been developed uses just a single drop of blood and can detect cancer with 99 percent accuracy. This can eventually lead to a scenario where there is less need for highly expensive CAT scans, endoscopies and other diagnostic techniques.

Toshiba had developed the diagnosis method by working in collaboration with the National Cancer Center Research Institute and Tokyo Medical University in Japan. The next step that the research team needs to take is to make the technology employable on a practical basis by checking if the high accuracy rate can be maintained in trials that cover more specimens. The current plan is to commence trials of the new equipment in 2020 and to make the process commercially viable within a few years.

“Much hope is being placed on the practical use of the technology,” said Tomio Nakayama, chief of the Division of Screening Assessment and Management at the National Cancer Center Japan. “But there have been countless research examples struggling to control the costs and establish methods of screening. A crucial test lies ahead for the (researchers).”

Use of the technology for early detection of cancer would go a long way towards treating cancer in its early stage and thus decreasing the mortality rate.

The method works by closely examining the types and concentration of microRNA molecules which are secreted in the blood from cancer cells. There are about 2,500 type of microRNA. According to experts, the amount of some of these microRNA which is produced in cancer cells is different from that produced in healthy cells, and researchers hope to leverage this difference for cancer screenings.

Toshiba is not the only company working on this technology. Toray Industries Inc. and several other companies are also investigating the development of technologies to diagnose cancer using microRNA molecules from a blood sample, but Toshiba is the only company that has announced significant developments in this regard.

Koji Hashimoto, chief research scientist at Toshiba’s Frontier Research Laboratory, said at a press briefing that when compared to the methods used by other companies, Toshiba’s methods far outrank them in terms of the degree of accuracy in cancer detection, the time needed for detection and the cost.

The test that Toshiba has developed can be used for the detection of gastric, esophageal, lung, liver, biliary tract, pancreatic, bowel, ovarian, prostate, bladder and breast cancers as well as sarcoma and glioma. The method involves the use of a chip and a small device that can conduct the diagnosis in less than two hours. Using these, a blood test can be conducted at a nominal cost of JPY 20,000 (USD 183) or less. The company is hoping that this blood test would soon be a part of annual medical examinations and other screenings. The new test is definitely holding out the promise of saving a lot of time and money when it comes to detection of cancer. Tests that are currently in vogue like X-ray diagnosis depend to a significant degree on visual judgements and this means that there is less likelihood of detecting minor tumors and “stage zero” cancer. Hence, there is more scope for error.

The only drawback with the test is that though it can detect with staggering accuracy whether a patient has cancer, it is unable at this stage for using the test to determine which of the 13 types of cancer the patient has.

As part of its five-year business strategy that it had announced in April 2019, Toshiba had said that its medical businesses, including genome analysis and cell diagnosis, would serve as its key growth pillars along with automation, batteries and digital solutions using artificial intelligence.