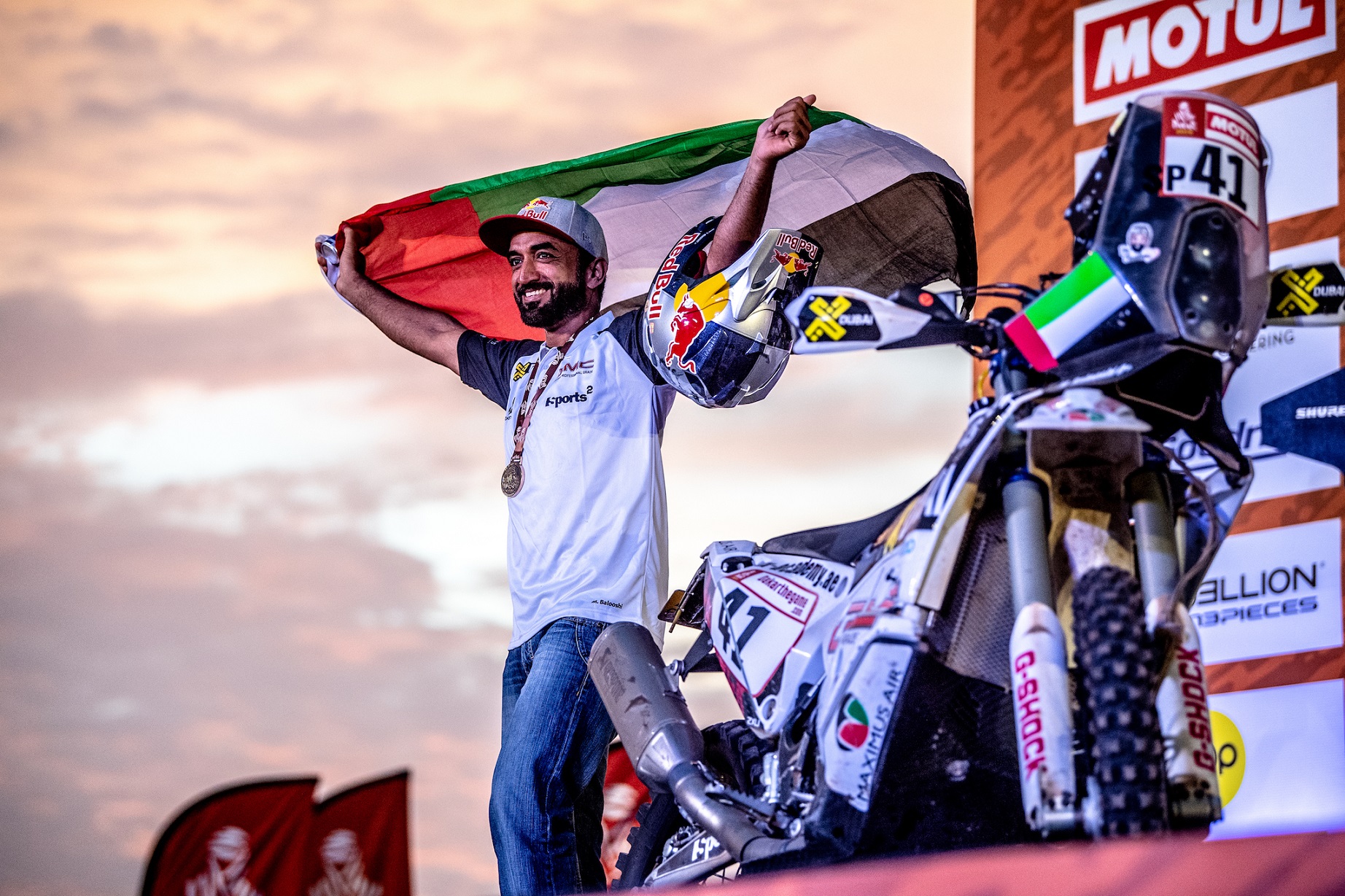 In 2019, Al Balooshi, who is from the UAE has already successfully completed his second consecutive Dakar Rally. The rally was held from January 6 to 17 in South America. Al Balooshi was the only Arab to reach the finish line of the notoriously challenging event. This made him one of the elite few who successfully completed what is known as the “most difficult race on the planet”. His achievement further reinforced his reputation as one of the finest motorsport stars in the Middle East.

Al Balooshi was named as the Best Athlete in the UAE by HH Sheikh Mohammed Bin Rashid Al Maktoum Creative Sport Award. He became the first Arab to win a world title in a FIM off-road series event when he clinched the 2018 FIM Bajas World Cup.

Even before his achievements this year, Al Balooshi had already made a name for himself in the world of cross-country motorbike rallying, where he has been competing at the top for almost two decades. Al Balooshi takes his responsibility to be a role model to younger generations seriously, and teaches youngsters to ride at his MX Academy in the UAE.

Commenting on Al Balooshi’s appointment as a brand ambassador, Molly Peck, Chief Marketing Officer, General Motors Middle East, said that Mohammed and GMC have a natural affinity as they are both passionate about pushing the boundaries in their respective fields. Mohammed is known for his courage, resilience and his ability to power through any obstacles in his way to victory and these are qualities that GM shared. GMC plans to support him on his mission to promote the sport of motocross across the region. With the brand’s tagline being “We Are Professional Grade”, GM felt that Al Balooshi was the best example of someone who embodied that ethos.

Mohammed Al Balooshi commented, “I am very proud that such a strong international brand as GMC has selected me as a brand ambassador. Deeply rooted in Emirati motoring culture as well as across the wider region, GMC has been my personal vehicle brand of choice for so many years. It makes me really proud to be a Middle East ambassador for the American brand.”

GMC vehicles are known for their reliability, refined design and engineering excellence and have been available in the Middle East market for the past 92 years ago. The brand is known for its 4×4 and 6×6 vehicles which have been specifically developed for desert driving. The GMC portfolio in the Middle East features the Terrain SUV, Acadia Crossover, and Sierra half-ton pickup, Yukon, and Yukon XL full-sized SUVs. All models are available in the premium Denali trim.